HomeUncategorized17% of Bahamians are now homeless. And for those unable to escape, the desperation grows

17% of Bahamians are now homeless. And for those unable to escape, the desperation grows

Across the northern Bahamas, even residents whose houses still stand aren’t necessarily safe.

“So many people here are living in homes that are not suitable to be lived in here in Freeport and in Grand Abaco”- CNN
About 17% of all Bahamians are suddenly homeless after Dorian wiped out neighborhoods and ripped houses off foundations. That’s 70,000 people who have lost almost everything.
In just one town, Marsh Harbour, satellite images show about 1,100 buildings have been destroyed, according to the humanitarian aid agency Map Action 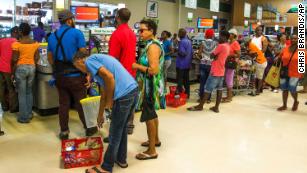 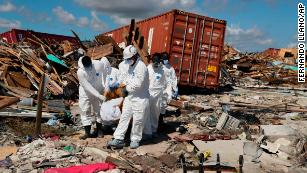 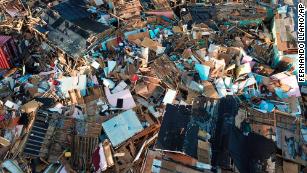 So far, about 5,000 people have been able to escape the country’s hard-hit Abaco Islands. But for those stuck in the northern Bahamas, the desperation grows.
On Grand Bahama island, residents worry about eating spoiled food because so many markets lost their generators
Some families are lining up for hours trying to get aid. Many include small children.

28 Year-Old U.S Woman, Ajia Strauss To Be Jailed For Fake $1500 Marriage With Nigerian