In appreciation of Buhari’s effort after receiving N33,000 new minimum wage, some corpers have visited Aso Villa to say ‘thank you’.

President Muhammadu Buhari on Thursday received members of the National Youth Service Corps (NYSC) scheme, who were in the Presidential Villa, Abuja, on a ‘thank-you’ mission over their new allowances.

The News Agency of Nigeria (NAN) reports that the four members representing others countrywide came to convey their “deepest gratitude” to the president over the recent increase in their monthly allowances from N19,800 to N33,000.

The NYSC members were led to the State House by the Minister of Youth and Sports Development, Sunday Dare and the Director General of the scheme, Brigadier General Ibrahim Shehu.

Speaking at the event, President Buhari described the NYSC scheme as a

Quote
”laudable one that needs to be sustained as it affords the opportunity for Nigerian youths to understand the country better”. 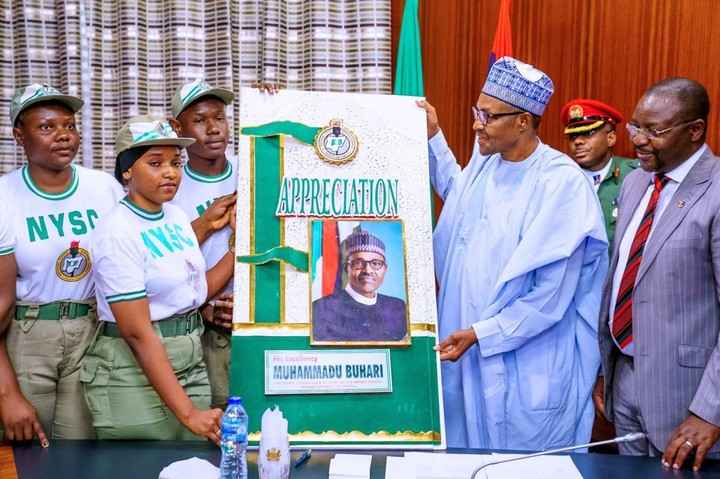 Quote
“People come from far and wide; some from Victoria Island in Lagos have not even been to Ikeja.

”They now find themselves in Daura and other parts of the country. Whenever I go to my town, I get in touch with members; some of them from Lagos, some from Port Harcourt.”

Quote
“Whenever I meet General Gowon up till today, I thank him for initiating the NYSC.

”It is a nationalist and patriotic thinking that led to the development of the scheme.” 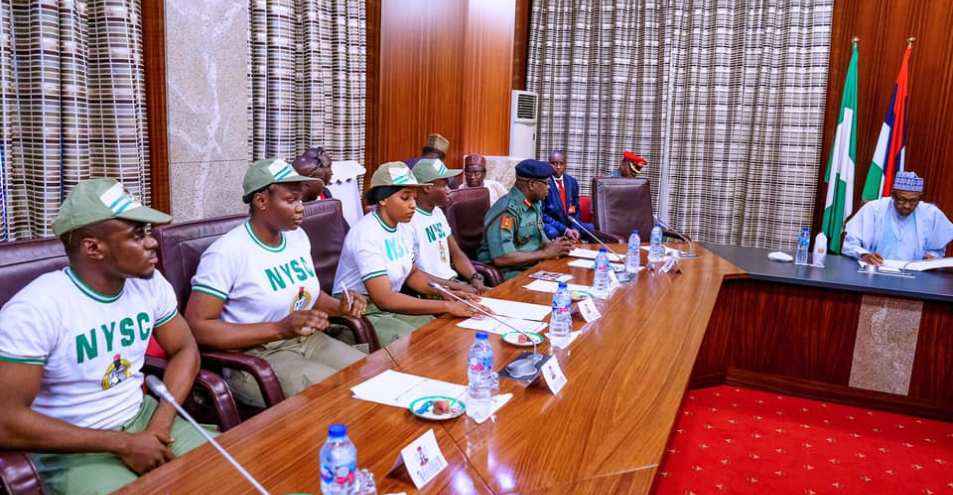 Earlier, the NYSC members had showered praises on the president, saying

Quote
”the implementation in January, when we least expected it brought tears of joy to us as we had doubts of the promises earlier made.
Quote
“You have demonstrated that you are a loving and caring father committed to the welfare of his children.”

They also reiterated their commitment to do their best during their period in the scheme.

Quote
“The increase is a wake-up call to us to show more commitment to the affairs of our fatherland.

”We are great stakeholders in our collective determination of building a prosperous and united Nigeria, the future belongs to us,”

British OAP,Phillip Schofield Comes Out As Gay Despite Being Married For 27 Years With 2 Kid

Lai Mohammed: Social Media Must Be Regulated In Nigeria

#LekkiMassacre: Buratai lied, His Profile Allegedly Shows He Travelled To Canada At Age 40

21 People Die, Including School Children As Bus Collide With Trailer