The inferno fire which started around 1 am affected several shops located at the entrance of the market but was later subdued through the combined efforts of the police and firemen.

According to reports, the fire started at about 1:00am and quickly spread through some parts of the market. 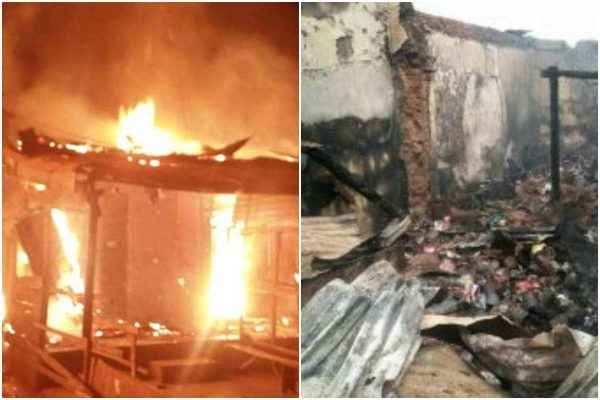 The Nigeria Police Force and firefighters was denied prompt access to the venue of the incident because of barriers at the entrance of the shops, an officer with Osun State Fire Service, Fatai Aremu, told newsmen.

Aremu said the damage caused by the fire incident was severe, as he claimed that the cause of the inferno had not been ascertained.

Osun Police Command, while reacting, said men were deployed in the scene of the incident to prevent looting immediately it was informed of the inferno.

Grammy Photos Of Burna Boy And His Mother, Bose Ogulu

JUST IN: The 2 Chinese Men Who Offered N100m Bribe To EFCC Granted Bail

Missing Young Man Who Was Considered Dead After Going out To Buy Suya, Found in Jail 5yrs Later