A pupil was forcefully taken to school by his classmates on Monday, in Enugu Ezike, Enugu State on the order of his parents and it was quite a dramatic moment as the students were seen enjoying themselves while they carried their mate on their shoulders to school with a big frown on his face.

According to Chukwunonso Peter, the pupil refused to go to school days after his parents paid his fees so they had to send for his classmates to forcefully take him to school. 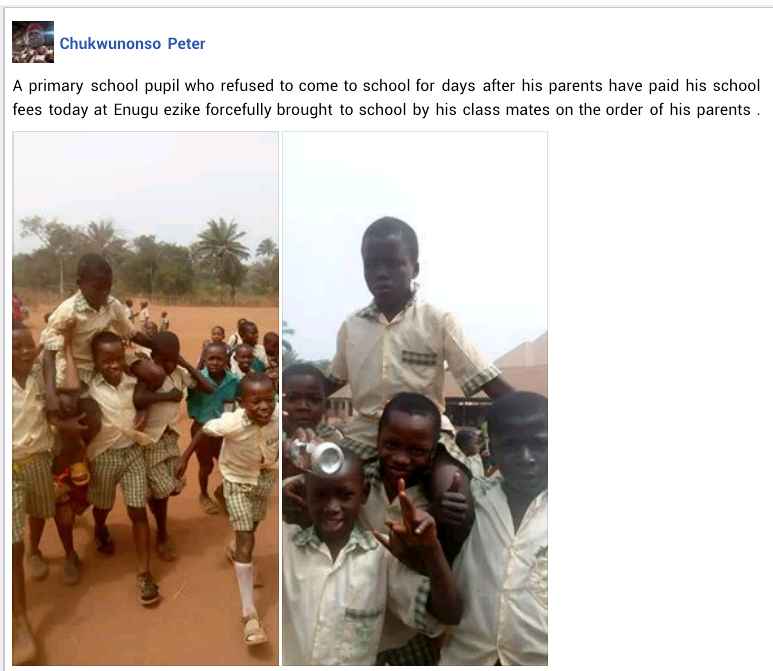 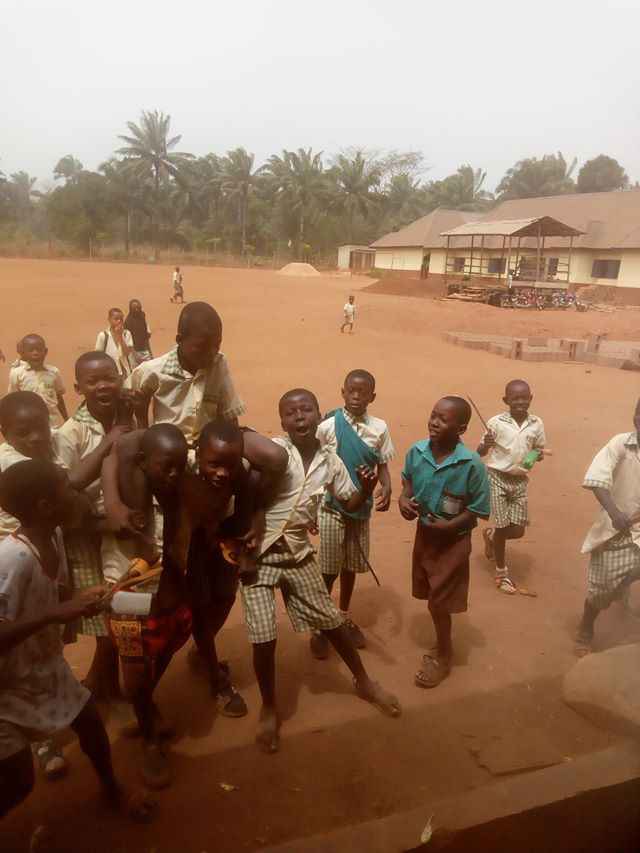 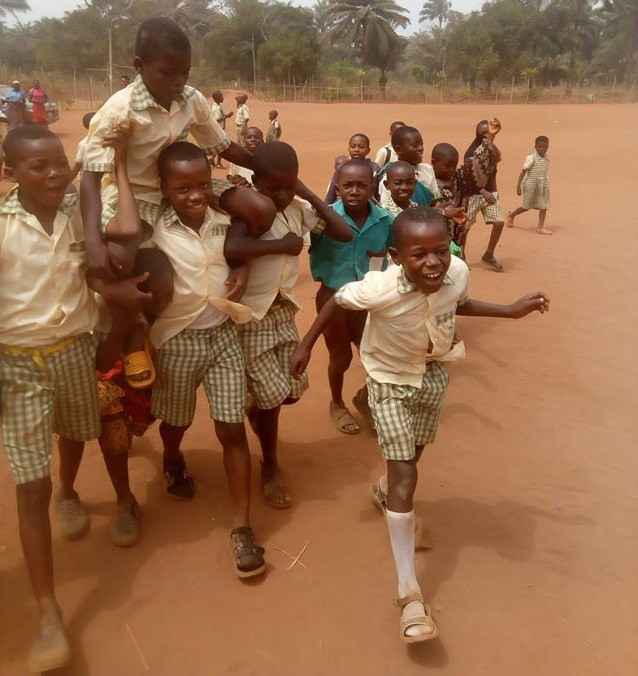 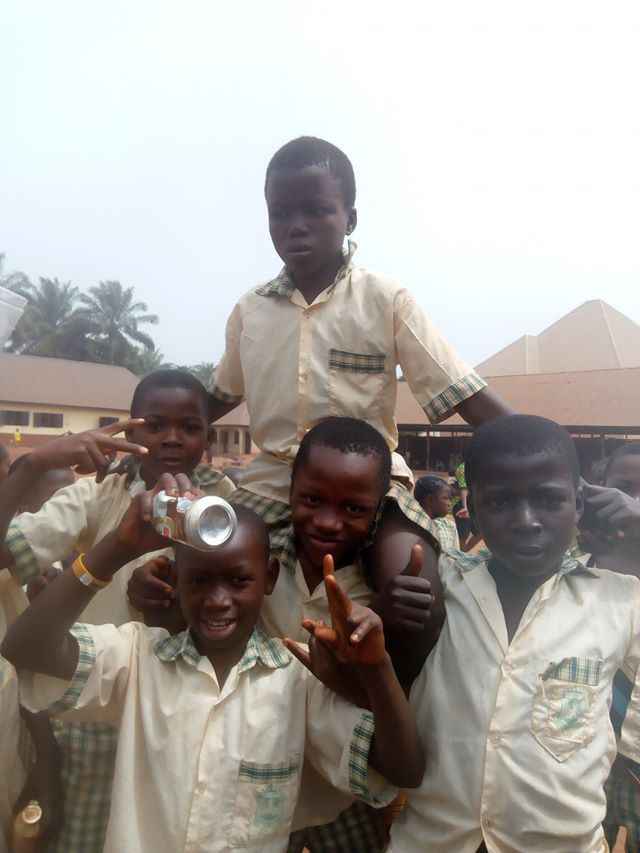 Olamide Cuts Off His Famous Dread Locks For This New Hairstyle

Don’t Leak My Nood Photo, I’ll Give It To You Myself -Hot Nkechi Blessing Sunday Reveals It All

Singer, Kelly Handsome Finally Unveils Photos Of His Girlfriend Lolo As He Proposes To Her