Coronavirus has claimed its first casualty in Nigeria and the person as been revealed as the super rich PPMC former director, Suleiman Achimugu. Suleiman had just returned from the UK where he went for some medical treatment, he must have contracted the disease while he was being treated in the UK hospital as the country as been identified as a hotbed for the coronavirus. The entire Europe continent has been marked as the epicentre of the disease by the World Health Organisation WHO. We have some photos of Suleiman Achimugu below:

The news was initially broadcasted by the NCDC, you can read the statement released by its director below: 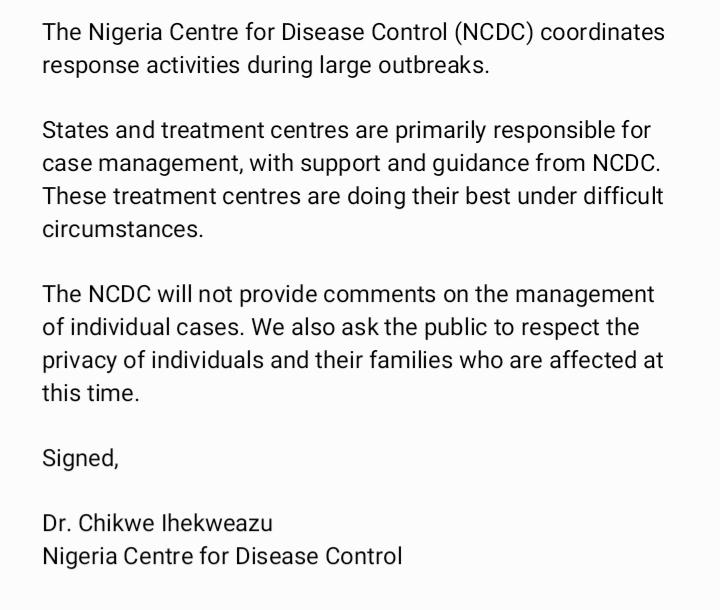 Singer, Naira Marley On Fire For Dismissing Impact Of Coronavirus Pandemic In Nigeria

#UKlockdown: UK Prime Minister, Boris Johnson Orders Everyone In the UK to Stay At Home

VIDEO: See The Moment Nollywood Actor, Adedimeji Lateef Dressed Up As A Woman With Full Make Up

Viral Photo Of Actress, Funke Akindele Cleaning The Streets As Punishment Is Fake

Ekiti Monarch, Onibedo of Ilotin, Ikole killed By A TIV Man For Snatching His Wife