Mosunmola Abudu, popularly called Mo Abudu, is a Nigerian media mogul, media personality, philanthropist, and former human resources management consultant. She has been described by Forbes as “Africa’s Most Successful Woman”. she has taken to IG to show her concern over a recent publication made by popular UK news channel, Sky news on Monday 11, May 2020 titled “Spiky coronavirus haircut growing in popularity in Africa”

⁣⁣Checkout her message to Sky New Below;

Quote
For starters it’s not a haircut, it’s a hairstyle!!!⁣
⁣
Hair has played a significant role in the culture of ancient African civilizations. It symbolized one’s family background, social status, spirituality, tribe, and marital status.⁣⁣
⁣
As early as the 15th century, different tribes used hair to show one’s social hierarchy. Members of royalty wore elaborate hairstyles as a symbol of their stature. ⁣⁣
⁣⁣
Another thing to note is that Africa is rich with ancient hair traditions and styles. African threading dated as far back as the late 15th century and is a cherished tradition amongst women in parts of Nigeria, Ghana, and the entire Sub Saharan Africa.⁣⁣
⁣
Generations of black women have used African Threading to style their hair and straighten it naturally. ⁣
⁣
It is disrespectful to our African culture to say this hairstyle is recently gaining popularity because of the Corona virus or it is similar to a virus. hich is a major devastation to the world at present.⁣
⁣
I would like all African women to send a message to #SkyNews complaining about the post and report. ⁣
⁣⁣
@skynews, on behalf of myself and many other African women who have shown their displeasure of this post, I would like to urge you to take this post down as soon as possible. It is derogatory and condescending to us, our forefathers, our foremothers and generations to come.⁣
⁣
For future reference, @skynews kindly #Swipeleft to see pictures from over the years that shows the beauty of African women and our traditional hairstyles. 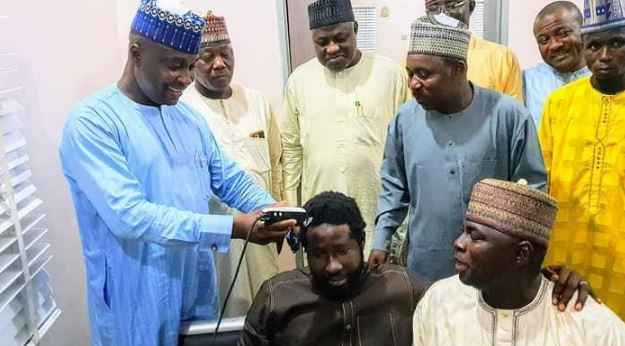 COVID-19: Shehu Sani Questions Raymond Dokpesi As He Reveals Drugs That Cured Him