HomeSportsNigeria 0 Vs 0 Sierra Leone: AFCON 2021 Qualifier Was a Waste of Everyone’s Time

Nigeria 0 Vs 0 Sierra Leone: AFCON 2021 Qualifier Was a Waste of Everyone’s Time

At least thousands of Nigerians were in the lurch as regards where they would watch the Super Eagles take on Sierra Leone on Tuesday, November 17, 2021.

After throwing away a four-goal lead to draw the first leg 4-4 three days earlier, there were still Nigerians that overcame the weariness to want to watch the second leg of that 2021 Africa Cup of Nations (AFCON) qualifiers. And they would have been further disappointed to learn that they would not be on TV but little did they know that luck was about to shine on them.

For the game, the Nigeria Football Federation (NFF) managed to put together a streaming page on their website while a couple of Facebook Live videos later emerged on social media. From the streaming links which were supposed to placate Nigerian football followers to the game at the National Stadium in Freetown; the whole experience was a disaster.

Feeds from the links looked worse than pre-Pele era football clips. The pitch was horrible. The game itself was an overtax filled with meaningless grapples from start to finish.

A poorer first half from any Super Eagles side in the future, and it will be a confirmed case of full-blown infamy. 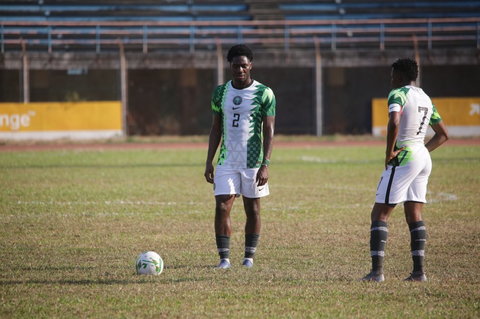 It was so bad

Samuel Chukwueze looked the liveliest from the Super Eagles but the only thing of note he did in that tepid first 45 minutes was a curling effort that flew past the upright. Kelechi Iheanacho looked lost, leading the line-ironic for someone that talked tough ahead of the game. Ahmed Musa was missing in that half while Alex Iwobi kept running into bodies in midfield. 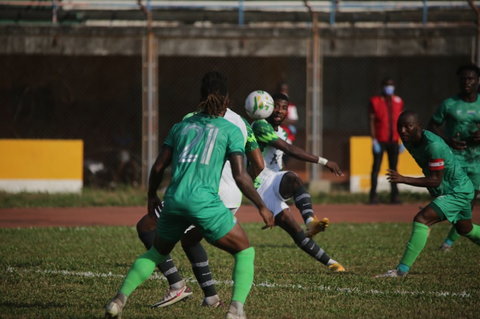 Gernot Rohr was found out again. We are running out of fingers to count. Despite the untidy nature of the game, it wasn’t hard to notice some tactical changes by Sierra Leone coach John Keister. Most noticeable among them was how he added an extra midfielder to crowd out that area, thereby making things harder for Iwobi. The Everton star ran riot in the first half of the first leg with a brace, but here in Freetown, he was check in the middle while his coach looked on cluelessly from the bench.

Nigeria would have been behind at halftime if not for the goalkeeper Maduka Okoye who came to the rescue with a save.

The Super Eagles got better in the second half. Their superior quality becoming more apparent. Chukwueze was getting better of his marker, getting closer in the box dangerously.

He laid a pass for Iheanacho who was in a good position just inside the box, but the Leicester City forward fired well over the bar. Iheanacho didn’t have a good game, but he did manage to put the ball in the net before the referee’s whistle went off for a correct offside position.

There were attempts by Joe Aribo-who struggled to exert himself in this proper West African football clash-and Chukwueze again.

Iheanacho managed to trouble the Sierra Leone number one with a lob, but the goalkeeper parried the ball over the post.

That was it; a poor game played at a terrible pitch and streamed out one a one-camera angle. But the Super Eagles are still on course. A win in one of their next two games and they seal AFCON 2021 ticket.

Sierra Leone have played themselves back into contention with the two points from two games against the Super Eagles.

For the rest; the game was a waste of time.