Adesina Ogunlana, the counsel for #EndSARS protesters in Lagos says the State Governor, Babajide Sanwo-Olu will have to appear before the state’s judicial panel of inquiry to answer questions on the alleged killings of #EndSARS protesters by soldiers.

On Tuesday, October 20, 2020, some soldiers deployed to Lekki tollgate to enforce a curfew earlier imposed by Governor Sanwo-Olu shot at peaceful protesters to disperse them.

Ogunlana said it is important for Sanwo-Olu to appear before the panel since the military has disclosed that their operation at Lekki was on the governor’s invitation.

While appearing before the panel last week, Brigadier General Ahmed Taiwo, the Commander of 81 Military Intelligence Brigade, Victoria Island, Lagos, said the Chief of Staff, Lt.-Gen. Tukur Buratai ordered the deployment of trainee soldiers to restore order at Lekki tollgate following a request by the governor. 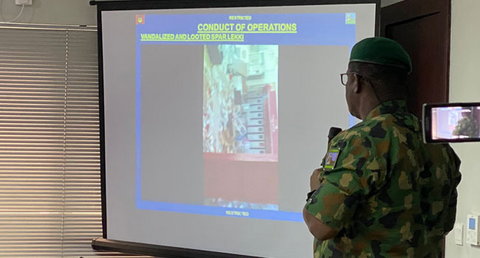 Taiwo said, “He (the governor) called the Chief of Army Staff, following which 81 Division, Nigerian Army was ordered into phase four of internal security operation; the call was in the afternoon, before 4 pm.”

Speaking on the need for Sanwo-Olu to appear before the panel, Ogunlana in an interview with Punch said, the governor was a factor in the shooting incident.

He said, “That person (Sanwo-Olu) will have to come; he’s a factor and he will come. He says he believes in the rule of law, his Attorney General, Mr Moyosore Onigbanjo (SAN), has come to appear before that panel to just make a short speech and to affirm that the Lagos State Government is indeed committed to unraveling the truth about what happened at Lekki on that day; and the military has mentioned him, so, he is a factor.”

While the army claimed it did not kill any protesters at Lekki tollgate, Ogunlana said: “people died on my side.”

According to Our source, some of the lawyer’s clients, Kamsiyochukwu Perpetual, Dabira Ayuku and Samuel Isah in the affidavits submitted to the retired Justice Doris Okuwobi-led panel affirmed that soldiers and policemen killed protesters.

In her petition, Perpetual said she saw many dead bodies of protesters at Reddington Hospital, Lekki after the shooting incident.

“The doctors refused us access to see the dead bodies. The media man waded in again and we could only see one of the dead bodies whose head was torn by (a) bullet fired to his head. He laid at the emergency unit. The doctor called the corpse ‘John Doe’ (sic).

Gov Buni Replies Critics, Says He Gets His Job Done Despite Spending 3 Days a Month in Yobe

Hisbah Board Bans Mention of ‘Black Friday’ in Kano